The Cobra Mansion is the Wright family's home. Spencer Wright and Billy Joe Cobra hang out here more often than anywhere else.

The Cobra Mansion is one of the wackiest living spaces anyone can hope to encounter. It's got it all: a huge outdoor pool with a patio and a waterslide, a miniature telescope observatory, and what appears to be a BJC tour bus stuck on a nearby hill.

In addition, every year on Februrary 21st, Cobra fans gather at the gate of the mansion to pay tribute to the release of Billy's first major hit single. Nobody can be easily bored while they're living la vida Cobra! 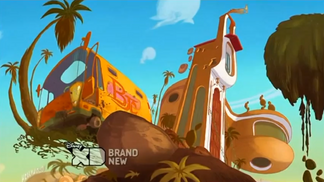 The mansion from a new angle. 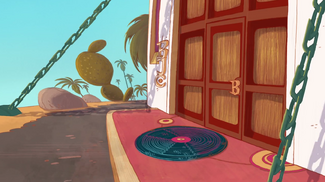 The Mansion's front entrance, which wouldn't be complete without a solid golden B as a doorknob. 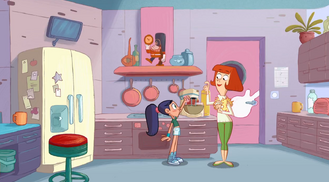 Despite being a rock star without domestic responsibilities, Billy appears to have a perfectly normal kitchen. 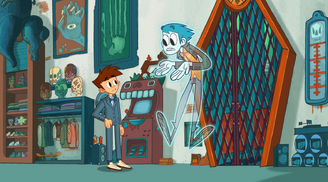 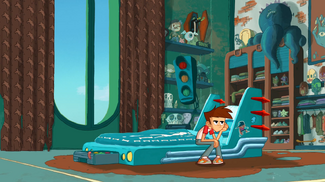 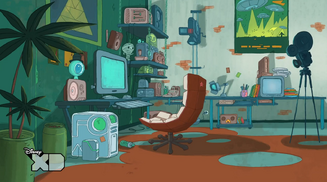 Some fine decorating work at the computer corner. 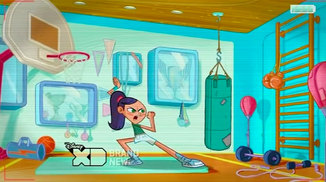 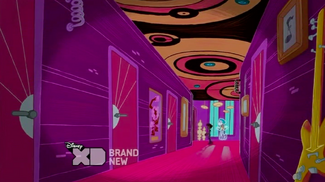 In the darkened halls of the Cobra Mansion, one boy and his ghost... 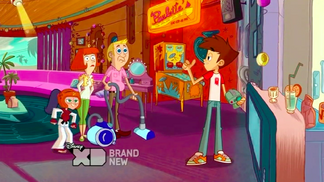 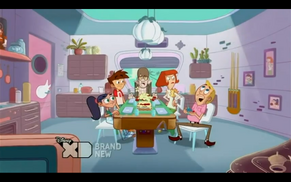 A family that stays together, eats together... at the dinner table! 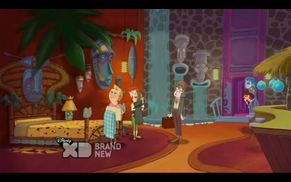 The infamous Freaky Tiki room. Its true purpose may never be divulged.
Community content is available under CC-BY-SA unless otherwise noted.
Advertisement