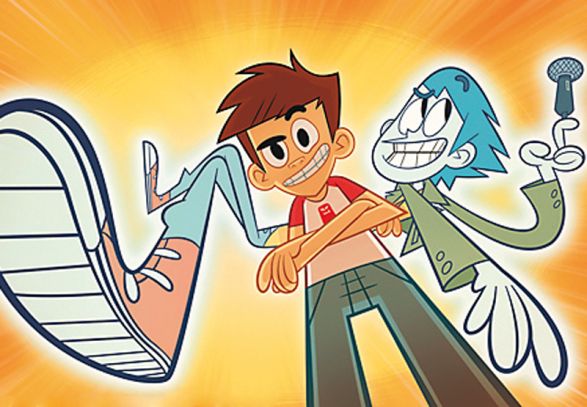 Welcome to the Dude, That's My Ghost! Wiki!
We've got 107 articles already, but we could always use your help in expanding our knowledge base!
Show Premise

For Spencer Wright, a 14-year-old budding filmmaker, Beverly Heights is the ultimate thrill ride. But, being the new kid at a high school populated by Hollywood royalty, he’s an outsider with no ticket in. He's the kind of kid who gets his allowance in cash, not stock options; finding himself amid all this bling and stardom is intimidating. Luckily, he’s got an all-access pass in the form of his new best friend, the ghost of pop star Billy Joe Cobra!

Meet the Characters!
User of the Week

We don't have a featured user yet. Join us! You can be the first User of the Week!

Go to these sites for info or for help with your own wiki!

It's a Laugh Productions

Go to these sites for info or for help with your own wiki! 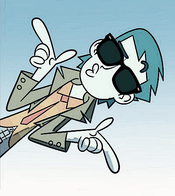 Billy Joe Cobra, real name Baruch Cohen, is the ghost of a former sensational rock star. While the details of his death are never explained, he appears to have died young. Some time after, he started haunting his own home as a ghost.

The Wright family, distant relatives of Billy, moved into the Cobra Mansion not long after, and Billy became best friends with Spencer Wright, his distant cousin. Together, the both of them get prank-style revenge on those who wrong them, work to improve Spencer's image, and sometimes just hang out together in a fit of "bro time".

Overall, Billy's main goal seems to be having as much fun as possible, which causes many problems for poor Spencer to clean up after. However, he never turns his back on a friend when he can help it, and can (usually) save the day.

Thanks to those who requested to become Admin! The wiki now has enough. But don't worry, you can still help us out on the wiki and also, we may need Chat Moderators! :)

Retrieved from "https://dudethatsmyghost.fandom.com/wiki/Dude,_That%27s_My_Ghost!_Wiki?oldid=9886"
Community content is available under CC-BY-SA unless otherwise noted.