We're Getting Mutants in the MCU - The Loop

And for breakfast, it would be so nice if you wouldn't mind making that delicious coffee cake you made for the last bake sale.Principal Ponzi flaunting his plan to sleep over at the Wrights

Principal Glenn Ponzi is the principal of Beverly Beverly High School and the secondary antagonist. His goals in life are getting Spencer Wright in trouble and getting rich.

Ponzi can be incredibly vile and greedy. He's more than willing to cheat in order to get his way, and constantly finds ways to utilize legal loopholes and exploit the system. Many of his efforts are dedicated to the vengeful act of kicking Spencer out of school, or the covetous act of earning lots of money.

However, Ponzi isn't downright evil. He enjoys spending time fantasizing about impressing Ms. Rumsfeld. He is also very supportive of homeless birds due to his love for his own bird, Lorenzo. In fact, when he isn't trying to expel Spencer, hit on Ms. Rumsfeld, or get rich quick, he is a very reasonable individual. If he realizes that there is no way for him to win, he understands his boundaries and backs away.

He is creepily servile when it is in his best interests to be. Kleet and Lolo Calorie are generally pampered by him due to Kleet's athletic prowess and Lolo's father's money. Ponzi even pampers Spencer when he finds that Spencer is the fastest runner in school (due to his ecto'd sneakers, but Ponzi doesn't know that).

On his own, Principal Ponzi is socially awkward. Around others, he can be anything from suspiciously nice to downright malicious.

Lorenzo is Principal Ponzi's pet bird. He seems eerily like Ponzi, down to the hair and glasses and squawk. He is also Ponzi's inspiration for being a bird activist.

Lorenzo doesn't really do much during the show, but he is constantly around Ponzi, so he is worth mentioning.

Principal Ponzi has a not-so-secret bias against Spencer Wright. His goal, as a principal, is to expell Spencer from Beverly Beverly High. As a result, he is constantly plotting and scheming ways to get Spencer kicked out, including using loopholes in a school rulebook and blackmail/threats.

In "Escape From Beverly Beverly High", it is implied that he mistreats Spencer to make him feel better about himself. In fact, when he realises that expelling Spencer would leave him no one to torment, he quickly locks away Spencer's permanent record so he can't transfer.

Principal Ponzi has a blatantly obvious crush on Ms. Rumsfeld. She often makes up plausible excuses to avoid going out with him since he is undesirable and creepy, but she does not want to upset him.

Normally, Ms. Rumsfeld is not interested in Ponzi, and he is slowly pining away for his unrequited love. However, for the ending of "Biopic Trap", she is very open to going out with him due to his role as the star of Spencer's horror movie. She only loses interest due to Ponzi's ineptitude at flirting. 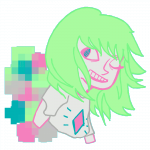 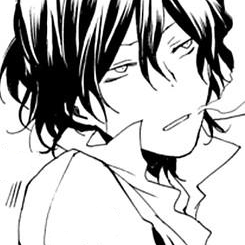 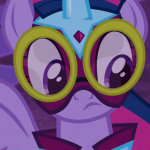